"Four dedicated platforms with ranges between 500 and 800 kilometers, five gigafactories and over 260 GWh of total capacity. In addition to France and Germany, we have reached an agreement with the Italian government to open the third platform in Termoli". Thus, at the opening of Stellantis' EV Day, CEO Carlos Tavares announced that FCA's Molise factory will be converted to produce batteries for electric cars. In the coming years, the various brands of the group will focus everything on electrification: in 2024, Alfa Romeo will launch its first 100% electric model, a B-Suv.


Electric future. On the big day of the announcements on the electric future of the subsidiary born from the merger between PSA and FCA, the key message was clearly communicated: the world, or rather customers, are now ready to embrace battery-powered cars "without changing their their usage habits ", in the words of Thierry Koskas, Sales and Marketing Director of Stellantis. "Another factor that will determine the success of the electric is the price: by 2026 we will have a total operating cost equal to that of the thermal models, without the need for public incentives", added the manager.

Up to 800 km of autonomy and 0-100 km / h in two seconds. To support this integral breakthrough, the Stellantis group will use next generation technologies: "We have developed four fully electric platforms," explained technical director Harald Wester. These architectures, each of which is designed to support a production of two million units per year, are called Stla Small, Stla Medium, Stla Large and Stla Frame. "The architecture will have three electric modules and there will be two alternative chemistries for the batteries", added Wester, specifying that the new electric ones will be able to propose "ranges of up to 800 km, one 0-100 km / h in two. seconds flat and will have a recharge speed of 32 km per minute. The family of platforms will allow us to evolve technology over the years: those who do not look to the long term today risk losing strategic opportunities ".


Three families of engines. The new electric motors of the Stellantis group will be driven by three families of motors, which can be combined with each other to ensure maximum flexibility of use. At the base of the range there will be the Edm # 1 units (acronym for Electric Drive Module, ed) of 95 HP and 400 Volt, while for the mid-range cars there will be the Edm # 2 engines with powers between 170 and 245 HP , also in this case 400 V. For high performance applications there will be the Edm # 3 family at 400 or 800 Volts, with units that will offer powers between 204 and 449 HP: as anticipated, the various engines can be combined with each other. them so as to reach much higher system powers. In addition to this, the modularity of the system will make it possible to create cars with front, rear or all-wheel drive and to use these engines also for 4xe plug-in hybrids. Particular attention will also be paid to the efficiency of the cars: Stellantis aims to become a new point of reference in this area, reaching consumption of less than 12 kWh / 100 km.

Batteries from 37 to over 200 kWh. Patrice Lucas, deputy chief engineering officer of Stellantis went into the details of the individual platforms, which will be three unibody and one body on frame: "The Stla Small will reach 500 km of autonomy, the Medium to 700, the Large (for cars with lengths between 4.70 and 5.40 meters and widths between 1.90 and 2.03 meters, ed) to 800, as well as the Stla Frame, which is the only one with a separate frame and is intended for pick- up (and to large SUVs, ed). The range of batteries will go from 37 to over 200 kWh ". The efficiency of the accumulators will reach 94% and the modularity of the project will allow to propose different battery cuts even within the same segments: the cars based on the Stla Small chassis will be able to use battery packs from 37 to 82 kWh, those on a Medium basis from 87 to 104 kWh, the Large from 101 to 118 kWh and the Frame from 159 to over 200 kWh. For the electric future, however, just as important compared to hardware will be that covered by software. "For inverter and battery management we have internalized the skills and development, while for connectivity we have signed an agreement with Foxconn. Our software strategy passes through customer experience, data management, necessary to develop our features based on artificial intelligence, and updates. over-the-air, which will allow us to improve the experience of our customers ", explained Yves Bonnefont, chief software officer of Stellantis. To simplify the user experience, Stellantis will create an ecosystem for its electric cars: individuals, companies and fleets will be able to benefit from exclusive charging solutions (with electricity from renewable sources), also with smart grid technology.

Two chemists. Jean Personnaz, senior vice president of powertrain at Stellantis, explained the choice of two chemistries for lithium-ion batteries: nickel based and nickel-cobalt free. The former will be used for applications that need more energy, but the two solutions have a lot in common, starting with cell-to-pack design. And in 2026 the solid state will arrive, already foreseen in the design phase of the new battery packs.

Circular economy for batteries. There is also a circular economy strategy on batteries, as explained by Alexandre Guignard: "We will make factories of re-manufacturing and re-use for the second life, also for the accumulation of energy. The first is already in operation in Rüsselsheim. Once the batteries are no longer useful, neither for traction nor for the second life, there will be a recycling program of raw materials that will allow us to close the circle by producing new batteries, reducing logistics costs and resource consumption, contributing to the sustainability of our electricity ". The supply framework naturally serves to ensure the growth in demand: as explained by Michelle Wen, the group's purchasing & supply chain director, "by 2030 capacity requirements will double compared to 2025, rising from 130 to 260 GWh per year. This will be guaranteed by five gigafactories, three in Europe and two in North America, capable of producing 170 GWh and 90 GWh per year respectively ".

30 billion euros of investments. "Overall, we will invest 30 billion between 2021 and 2025 in electrification and software," explained CFO Richard Palmer, but we want to remain 30% more efficient than the competition in terms of the ratio between R&D expenses and turnover. Financial efficiency will also come thanks to the 40% reduction in the cost of batteries by 2024, to which another 20% will be added by 2030. The goal, explained Palmer, is to obtain a double-digit margin from electricity by 2026. 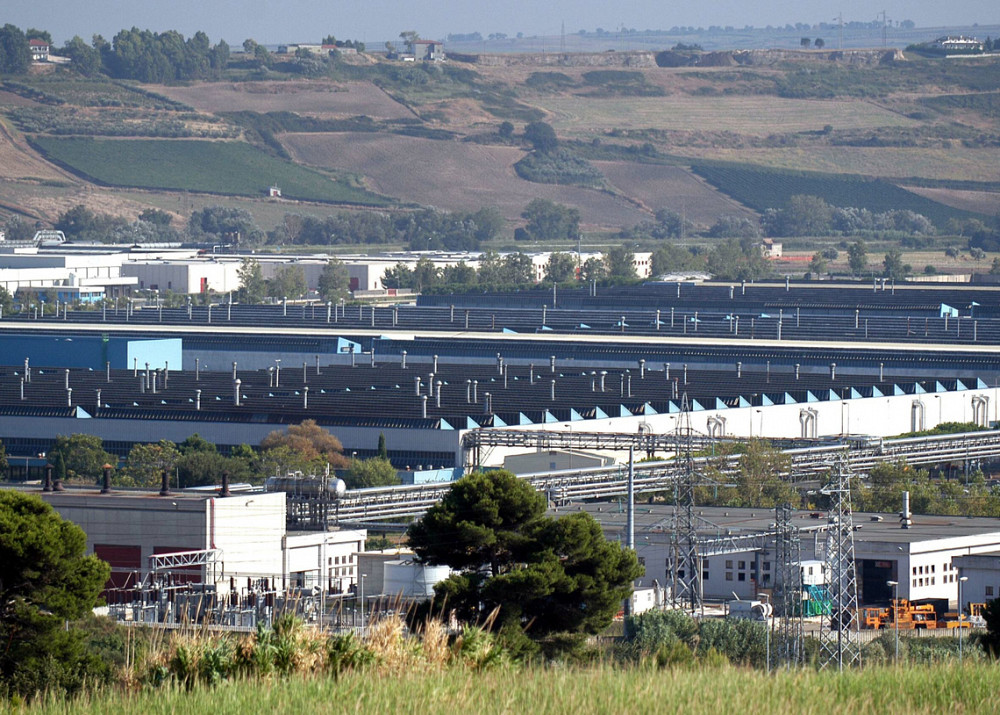